Nancy is delighted have a performance coming up this summer with her great pals, Wade & Eric. It’s a 3 day run @the Risk/Reward Festival in Portland, OR where they will present “The End, or Mandy Wakes Up”. The piece is written & directed by Wade Madsen. It’s a theater piece that’s dancey, dry, & poignant. The 30 minute play deals with life & death
in the most life-giving way.

The Ridiculous and the Sublime will find it’s way to Portland, OR this summer to join in the Risk/Reward Festival. R&S is a dance/theater performance created by world-renowned choreographer Wade Madsen. The piece is in two sections. The first, Ridiculous, is a theater work featuring Mandy and Bebe, characters developed by Madsen and Cranbourne 30 years ago. Mandy and Bebe express the beauty and heartache of an abiding relationship, questioning their origins, abiding love, codependence & their looming deaths. This work is poignant and hysterical.

The second section of the evening, Sublime, is a dynamic dance work performed by a cast of gorgeous Seattle artists to a sound score by Madsen and featuring Alan Watt’s musings. The piece explores our place in the universe,
and exposes our frailties and daily human triumphs.

Boxiana, the Women’s Flyweight Championship of the World, is a 70 minute tour de force of dynamic energy and high-stakes drama that follows the championship boxing match between 2 extremely intent 112lb female fighters. This current version of Boxiana is a remount of the classic piece Georgia Ragsdale created with composer Karen P. Thomas for On the Boards in Seattle, WA in 1988. The work takes place in a regulation boxing ring with a cast of 28 women including boxers (who are also professional dancers), chorus, percussionists, and announcers, and an MC.The audience is encouraged to cheer and get rowdy as the play begins. The amazing boxers will spend 2 years preparing for their roles with the goal to play them with unswerving intensity and attention to detail. The playful and haunting score accompanies the epic battle, the ringside announcers spit the tale of defeat and endurance. The performers push themselves to the limit, and the result is a compelling evening of riveting theater. 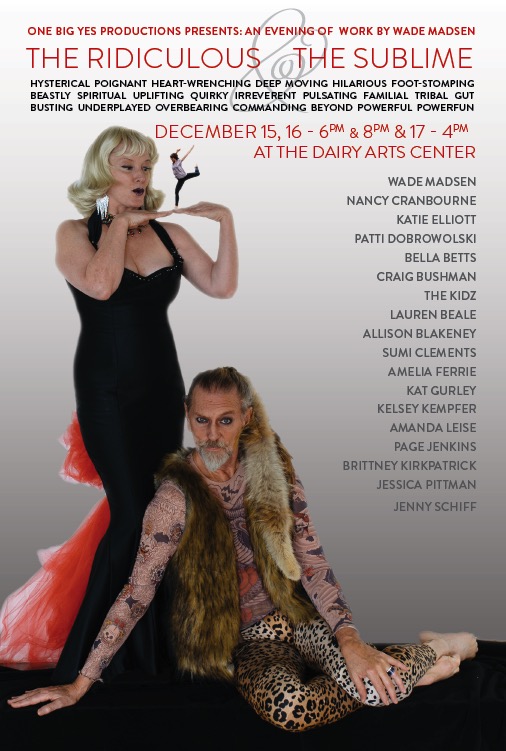 A note from Wade about his piece:
This work ‘Looking back in Itself’ is from a pretty life long look at my own existence on the planet. I discovered Allen Watts during my Sabbatical and found that most of his Podcasts seemed to be speaking directly to me at times. My Father was an electrical engineer and often we would talk about the universe and our place in it. I truly believe that we as a human race are all gallactically related, and time and space are the glue. I have often wanted to use the music of Stravinsky’s , The Rite of Spring but I wanted to find a new story to it. I also looked at the sounds/ noises that we encounter every day, so I created a sound bed that would use these two and other sources for the work. The dance asked each dancer to be authentic in the creation of the work and the experience of doing the work. I want the performance/expression of experience to take an audience out of the individual to the group, to the space between things, to times suspending and breathing.
PHOTO: HEATHER GRAY PHOTOGRAPHY

Please mark your calendars to attend the celebration honoring the Legends on Sunday, October 25th from 4 to 6:30 PM at the Anderson Academic Commons. At this time we are still working towards this date. Any changes that may occur will be published in our September newsletter.

The Legends program began in 2004 and has honored 79 people and organizations from the Colorado dance community. A video interview of each honoree preserves their memories and is available through The Dance Archive. This year we will be honoring the following individuals.

Judy Bejarano is a Colorado native who earned dance degrees from UNC and CU. In 1995 she created Impact Dance Company in Ft. Collins which combines original text and multimedia with dance to create evening length dance theatre performances and workshops that speak to issues in our everyday lives. Judy is committed to redefining how the company interacts with the audience so they have performed in unexpected places like store fronts, warehouses, and a gracious old turn of the century home as well as in traditional theaters. Every Voice Matters is the outreach program offered by the company which is performed at regional conferences. Judy is on the faculty at CSU, teaches regular community dance classes in Ft. Collins, and teaches in the summer program at UNC. Her work has been shown throughout Colorado and in Wyoming, Texas, New York, and Alaska.

Nancy Cranbourne is a performer, teacher, choreographer, producer, and writer for work both on stage and in films. She is well known for her popular community jazz dance classes in Boulder and performances of 40 Women Over 40. Nancy has also taught at CU, CSU, University of Washington, Cornish College, the National Theater Conservatory, and at national dance festivals including 39 summers with the Boulder Jazz Dance Workshop. As an award-winning writer and actress, her collaborative work Two Women Avoiding Involuntary Hospitalization garnered her the Best Actress Award from Westword Magazine and was named Best New Play by the Denver Drama Critics Circle. One Big Yes Productions is the company she created to produce the variety of work she creates.

Jan Justis danced professionally with the Nikolais Dance Theatre and created her own Denver-based company, the Jan Justis Dance Company. Her choreography has been shown at Edinburgh Fringe Festival and International Thespian Conferences. Jan holds a BA in dance from Barat College and an MA in Humanities, Theatre and History from CU Denver. A teacher at East, Eaglecrest, and Grandview High Schools, Jan taught and choreographed for both dance and theatre productions. She now lives in Salida where she has served as Artistic Director for the Stage Left Theater Company and produced dance performances at the SteamPlant Theatre. Jan served on the Governor’s Commission on Arts Education, is past president of the Colorado Dance Alliance, and received the Alliance for Colorado Theatre’s Richard L. Knaub award as an outstanding theatre teacher.

Chandra Kuykendall is from Parker and has worked in the Colorado ballet community her entire life. She trained at the Academy of Colorado Ballet beginning in 1988. Chandra was the recipient of the Florence Rustin Award in 1996 and won the Denver Ballet Guild Competition. She joined Colorado Ballet in 1997 and became a principal dancer in 2007. The company’s director, Gil Boggs, says it is rare that a dancer spends 22 seasons with a single company and even more rare for a dancer to spend the majority of her career in her hometown. She has performed all major parts in classical productions, neoclassical, modern, and contemporary choreographed master works. Chandra looks forward to taking on a larger role at the ballet school, Denver Academy of Ballet, that she and her husband began in 2001 in Centennial.

Maria Vazquez has taught and performed flamenco dances since 1994. She earned a degree in Spanish Dance from the Conservatory of Dance in Sevilla, Spain while studying with well-known modern Spanish Dance artists. As a member of Ciudad de Sevilla, she toured Europe for two years and then continued to perform with flamenco groups in Sevilla until 2002 when she moved to Denver. Maria continued to perform and teach flamenco and in 2014 founded Flamenco Denver where she is executive & artistic director. She formed a professional company in 2015 to bring renowned guest artists to compliment her company performances in the community. 2019 was Flamenco Denver’s debut performance at the Newman Center for the Performing Arts.

John ‘Mr. Tap’ Williams, a professional tap dance educator and performer, has taught students ages 3 to 65+ for 30 years in Colorado. He has an Associate Arts Degree in Education/Speech and Drama from Trinidad State Junior College and BA of Fine Arts in Education/Musical Theater from Loretto Heights College. John has performed with Movement Free Dance Company, Colorado Ballet, and Cleo Parker Robinson Dance. He performed the Morton Gould Tap Dance Concerto with the Colorado Symphony Orchestra and was featured in the magazine In the Black as Denver’s own Mr. Tap Dance. John created the original Harlem Mix Tap Dance Style. 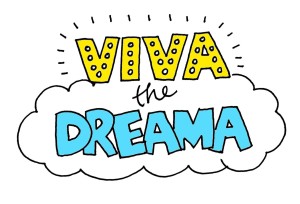 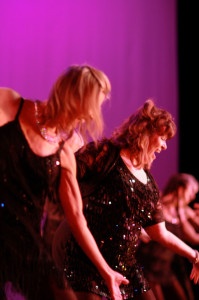 Collaborators Nancy Cranbourne, Patti Dobrowolski, and Molly Thompson have written a new show called Viva the Dreama. This 75 minute send-up pokes good fun at self-help workshops.  Their “backer’s showcase” (opportunity for people who know people to come and spread the word) is at 7PM, on January 5th at Fir Acres Theatre at Lewis and Clark College in Portland, OR.  This is a perfect show for those of you event planners looking for a hit to close your conference or it’s also perfect for that small theatre near you.  If you are an event planner, organize women’s, corporate, self-help conferences or know someone who does, or need some holiday relief and are willing to fly to Portland to get it, please go to this eventbrite link to get your free ticket while they last. Transformation never looked so funny!